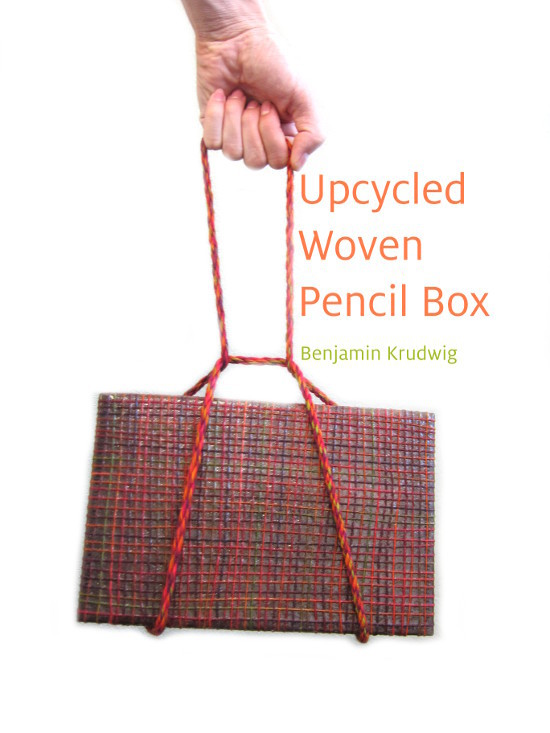 Last year I made a woven notebook cover using fabric I had woven on my Cricket Loom. That project was fun, as it allowed me to breathe new life into an old sketchbook. I drew inspiration from the notebook cover and used the techniques from the Woven Sachet project by Jane Patrick to make a brand new-to-me pencil box.

I gathered a used chocolate box (no I didn’t eat them all myself), yarn in a complementary colorway, a weaving needle from my Zoom Loom, and some Mod Podge for fabric.

Using similar directions from Jane’s project, I marked the edges of my box lid for where I would cut small slits for my yarn to wrap around. Using some sock yarn that was complementary to the box, I started warping the outer layer of my box lid. Since I was going to end up needle weaving the weft in place, I needed to wind off enough yarn to weave with. I measured this by wrapping the yarn around the box for as many times as I had notches on one side. I used a plain weave structure for the top of the box (I didn’t think a twill structure would be very visible).

After weaving the top of the box, it was time to weave around the outside edge of the box lid. I measured enough yarn to go around the sides five times and wove plain weave on the sides as well. The was quite open which let the back cover show behind the weaving, lending a dimensional quality to the fabric.

I used Mod Podge meant specifically for fabric to seal the yarn and secure it to the lid. I want this box to last a long time, so having it sealed and secure is necessary. The Mod Podge lessened the intensity of the colors of the yarn, but I love finished product! 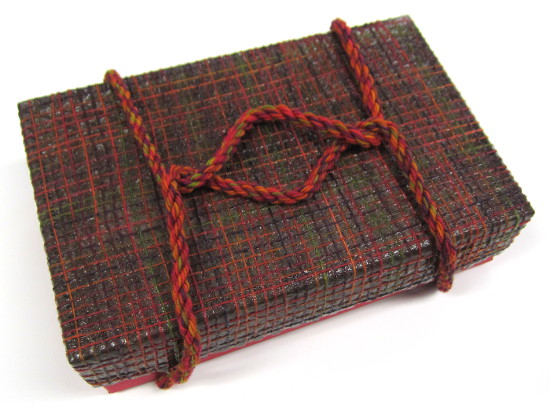 While letting the lid dry, I moved on to the bottom of the box which I left unwoven. I drilled a 1/4″ hole about an inch out from each corner of the box.

I then made a rope using the Incredible Rope Machine. I made 3 passes with the yarn and made a rope that was approximately 1 yard long. I started with the bottom facing up, and threaded my rope in one hole from the outside and through the other one to the outside, making sure the rope was pretty close to centered end to end. I then poked each end through the remaining two holes and tied them together with a square knot. 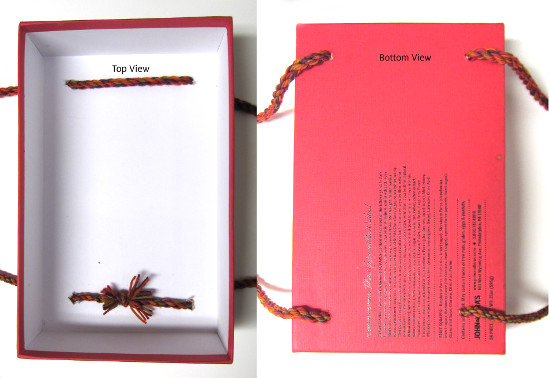 Though I haven’t been in school for quite some time now, I still have a set of colored pencils that this special box would work great for. In the meantime however, my Zoom Loom and yarn fits very well inside. 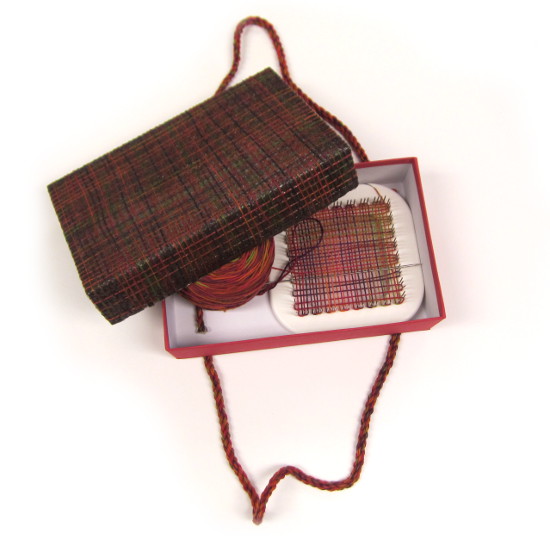 Benjamin has a double degree in biology and photography (he also spins, weaves, knits and crochets)–so he’s a great mix of data and creativity–all wonderful traits as a member of our sales team. You’ll often hear his friendly voice on the phone and you’ve probably noticed his name pop up in many places: Ravelry, Facebook, Pinterest, YouTube. Ben is our digital media manager–the main reason you’ve seen more activity on our Blog, Facebook, Ravelry, and Pinterest. To see what’s happening, click on the links below.